Maintain Effective Oversight of the MBTA

The following OpEd appeared in the July 10 2020 edition of the Boston Business Journal.

Five years ago, a vicious winter storm season brought to light the reality that the MBTA was in crisis, something that its ridership knew, all too well. As a result, Governor Charlie Baker established a special panel to look into the agency to determine why it failed under the stresses of that winter and what might be done to fix those problems. A prime recommendation was to form a five person Fiscal and Management Control Board (FMCB) populated by experts to closely monitor the MBTA’s finances, management, and operations. It began operating in July, 2015, with a requirement to have open meetings on a weekly basis.

The MBTA had an unsustainable operating budget, underinvestment in its infrastructure, difficulty in completing capital projects, ineffective workplace practices, lack of long-term vision and strategy, leadership changes and staffing issues, lack of customer focus, inefficient contracting, and a lack of accountability.

By all accounts, this board has been independent and extremely effective, providing oversight and a ra

re attribute for this agency, transparency in its deliberations. It has focused on cost control, labor productivity, efficiency of operations, budget planning, major capital project delivery, revenue needs, and attracting top talent.

The option of privatization was on the table, introducing competition into the system. This resulted in the MBTA’s public employee union implementing cost savings through less-restrictive work rules and other efforts that increased productivity. The leverage to achieve that was the suspension of the anti-privatization “Pacheco Law”, allowing outside contracts without first making a case to the state auditor.

Although the Management Control Board held what they believed was to be its last meeting in June, the state legislature has recently agreed to extend the term of this board for one additional year.

The MBTA is now suffering from problems that may well eclipse the crisis that caused the creation of the FMCB five years ago. The impacts of Covid 19 are widespread and have affected our workers, economy and state budgets. Nowhere have the financial impacts been felt more than in the MBTA. Revenues have plummeted and the MBTA’s future is now more uncertain than ever.

Kudos to the House and Senate for taking this action. The MBTA faces existential challenges and must find a path to success as a world-class transit system that supports our workers and our innovation economy. That said, the legislature needs to provide the FMCB with some immediate modifications, allowing it to remain independent and accountable, and with the ability to continue to look at privatization, where appropriate.

The Pioneer Institute issued a policy brief that prioritized three important recommendations: ensure that the control board be composed of individuals with expertise in areas where the MBTA has demonstrated chronic weakness; reduce the number of board meeting to a tri-weekly basis; and establish an independent audit office that focuses on operations and finances and reports directly to the FMCB.

The first step of keeping the FMCB functioning is moving forward, but it needs to be able to meet the current and new challenges the MBTA is now facing. Let’s give it the necessary tools to accomplish their mandate. Why this Downturn will be Different: Lessons from the 1990 and 2009 Recessions 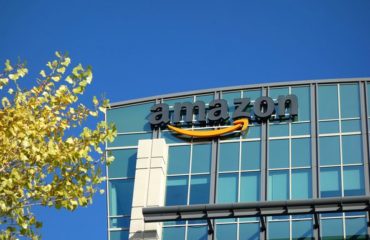 To win over Amazon, It’s All About the People